← What does it Mean to be a Politically Active Citizen if No One is Listening?
Day 1–Stop Running →

Save a Child: Love Yourself

Save a Child: Love Yourself 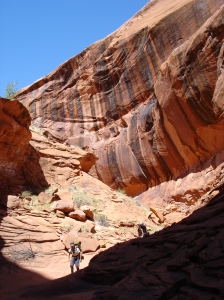 “Not So Pretty in Pink: Marketing Toxic Makeup to Young Girls” this is the headline of the article that catches breath in my throat. I barely take a second look at it, instead I feel the sarcasm roll through my head,

“What a shock. More carcinogens marketed to humans.” I think, “and of course more problems for women.”

It takes a lot of energy to muster outrage on a regular basis, frankly, it’s exhausting, more and more I pay less attention. I prefer instead to make change in the circles of life around me, to spread joy rather than cynicism. Yet, here I am with an opinion for you and it starts in cynicism, but don’t worry, it ends in love.

This is the synopsis of the article from Stacy Malkan, author of Not Just a Pretty Face: The Ugly Side of the Beauty Industry. Makeup is being marketed to girls at younger and younger ages, hooks like candy lipstick, nail polish with jewelry attached, and spa services for kids, are on the rise. There is a trend in the cosmetics industry that National Cosmetology Associating (NCA) spokesman, Gordon Miller calls a “lucrative niche market.” My own sister, at the tender age of three, used to ask my mother for “pol-nailish” before she could get the words out straight.

The problem, besides the fact that this marketing means girls are learning at younger and younger ages they are not “pretty” without “products,” is that, like so many manufactured items, many of the ingredients in cosmetics, hair gels, pomades, nail polish etc. are hormone-disrupting chemicals and low level carcinogens. There is even scientific evidence that the use of cosmetics at younger and younger ages is part of what is leading to earlier puberty in American girls. There is a particular concern about products like hair pomades which are marketed to African American girls, and which contain particularly toxic chemical ingredients.

Luckily, according to the article, teens are becoming aware of this “problem.” Jessica Assaf, now 18, was using 15 products in her daily routine, exposing herself to more than 100 chemical ingredients including “several carcinogens and more than two dozen hormone-disrupting chemicals, such as parabens, and phthalates.” Now, assaf has turned her outrage into action, serving as the president of Teens For Safe Cosmetics. (www.teensforsafecosmetics.org). An educational and advocacy group which promotes “greener alternative choices in cosmetics and personal care products.”

Like many women in American culture, up until about four years ago, I smeared, pressed, poked, and squeezed chemicals all over my body—hair stained with blond streaks, neck and wrists sprayed with perfume, eyes painted with mascara, hair shampooed with a variety of smell-good ingredients, skin coated in fruity lotion. Were all of these concoctions cancer causing also? I’m certain some were.

Not surprisingly, cosmetic manufacturers quoted in the article “argue that each product contains only a small amount of any given chemical.” My lingering question is, if it’s a known carcinogen, hormone disruptor, or even a new ingredient with unknown side effects, what the hell is it doing being marketed to human beings in the first place? Let alone young girls.

I don’t know the vast array of products I used over the years, starting from the age of nine, until the age of 25, trying to look and smell sexy, grown up, beautiful, fresh. What I do know is that the response of Assaf and her teen coalition is not enough for me. Call me radical, but I don’t want to support a coalition of teens for safe cosmetics, I want to support a coalition of teens who question the use of “cosmetics” in the first place.

What a way to learn your place in the world! While I know that men are increasingly affected by low self-esteem, eating disorders, depression, and other issues related to self-hate, most males I know still don’t wear makeup, and don’t have plans to begin bettering their appearance in this way.

The issue here, is not that toxic make-up is being marketed to young girls, it is that makeup is being marketed in the first place. It is that make-up is one of the only rituals girls and women have left towards initiation into adulthood, and it is a ritual, not that makes us strong, confident, and powerful, not that teaches us to trust our beautiful bodies, and insightful souls, but which teaches us that we are inadequate the way we are, which teaches us we need to “make-up” for what we are missing.

My own journey away from cosmetics began not in the aisles of a department store, or with the examination of ingredient lists on the back of products, but far from there, in the wilderness. I was walking on an ocean of rock in the middle of Utah, climbing up 800 feet of slick bedrock, with a 50 pound pack on my back. When I reached the top I stretched my bare legs onto ancient rock noticing that the color of my skin dry and tight, after days in the sun, matched their hue.It was one of the first times in my 26 years that I liked what I saw. Over the course of the 9 day backpacking trip things profoundly shifted for me. I saw clearly, what I had been trying to see for 26 years.

My thighs and stomach had always been the “parts” of myself I hated.I used to imagine having the ability to shave them down so that they would be “smaller” and more feminine.But in the desert my thighs were the part of me that carried me across thirty miles of slick bedrock fifty pounds on my back.At night I washed dirt and sweat off my face in a stream and cosmetics seemed a laughable idea.On the last day we had a brutal hike to reach camp and my body carried me, whole, not separate from my mind, all the way to the end of the trip.I stopped thinking of myself as parts.That night the shower water ran red with tiny particles of sandstone lodged in my skin.When I looked at my reflection in the mirror I was the most beautiful perfect human being I had ever seen.

This physical journey away from culture, and into the wild did not “cure” me of all the harm done to me by years of self-hate, but it was the beginning of my internal journey towards loving myself for the first time in my life. Loving myself not for what I look like, or what I think, or how I am, but because I am.

In America, according to the Eating Disorders Institute “80 percent of women are unhappy with their appearance.” Regardless of whether or not these feelings of “unhappiness” about appearance manifest into a diagnosable eating disorder, there is a cultural disorder evident here in the very fact that almost the entire population of women in the US is dissatisfied with itself. In the United States 10 million females and one million males have a diagnosed eating disorder. Eating disorders are the mental disorder with the highest fatality rate.

The desire to look and feel “good,” to alter appearances to fit images, to make [ourselves] appear better, more attractive, or more impressive,” whether through the slow poisoning of ourselves by use of chemical products or through the long drawn out process of a lifetime of self loathing, is literally killing us.

This is why my first reaction to Marketing Toxic Make-Up To Young Girls was cynical, because the article doesn’t go far enough, in fact it misses most of the main points. Where the work of stopping toxins from entering our environment begins, is at the roots. Not with the another campaign to “change regulations,” not with some lobbying group to make companies accountable for their actions, not with another march down main street wearing pink ribbons, searching for a “cure,” when the “cause” is smeared all over our faces, but with root questioning, new ways to support and love ourselves, and the creation of empowering rituals, initiations, schools, and livelihoods that help young women and men love themselves and each other without products, or gadgets, or new lines of “toxin-free” cosmetics, (like the ones being sold on the teens for safe cosmetics website). Our work is to stop the toxins coming from the inside. To teach love. To model new ways, which are actually old, of living life in a way that does not abuse ourselves, or our planet. But before we can teach anyone anything, we have to love ourselves.

Posted on April 8, 2009, in Old Posts. Bookmark the permalink. Leave a comment.

← What does it Mean to be a Politically Active Citizen if No One is Listening?
Day 1–Stop Running →